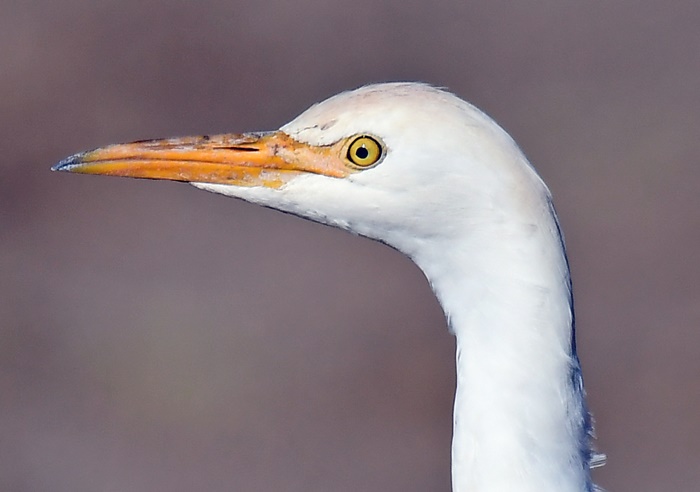 I received a message the other day from Barry, our esteemed former GA Advertiser editor. He had been asked by another reader if I could answer a few questions about all the white egrets which descend on the Clot during the evening to roost in the reed beds.

As many of you will know, the Clot has recently had its annual ‘haircut’, where the park rangers trim back the extensive reed growth at the main pool, and the ‘scrape’ area alongside it. This has somewhat discouraged the egrets from coming in during the evening, but there are plenty of other areas where they can roost in safety. This clearance is necessary to prevent the reeds choking the area, and also to improve sightlines for us, the visitors; it also helps to improve the quality of the standing water by preventing decomposition of large amounts of vegetation as the reeds die back. 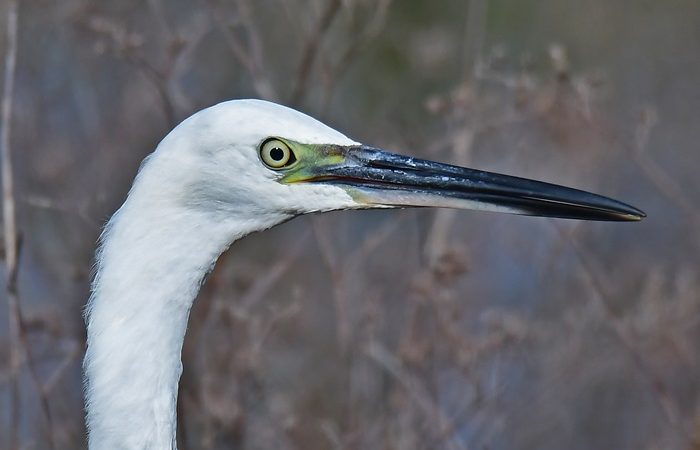 The Little Egret is more of a water bird, when not roosting it is likely to be found in the pools and flooded areas of the Clot, where it hunts for small fish and amphibians. If you are able to watch one for any length of time, you will see that it often grabs the underwater foliage with its feet and give it a good shake in order to dislodge any small animals hiding beneath it – it will also hunt in a similar fashion to a Heron, standing stock-still, gazing down into the water and making quick dagger-like thrusts to catch its prey. Out in the country, they also forage in irrigation ditches and flooded fields, usually hunting on their own – they are not particularly sociable and will chase each other away from a good feeding site.

Cattle Egrets also like damp areas, but are equally happy around dry places. As befits their name, they are often found around farm animals, in our countryside goat herds seem to be a particular attraction, where they will even stand on a goat’s back in order to survey the area.. They feed on large insects and small mammals disturbed by the passage of the animals, and unlike the Little Egret are quite happy to socialise with their fellow egrets. They are also particularly keen on following farmers who are ploughing the land or cutting grass – large flocks of them can be found behind any working tractor, grabbing insects and worms with great alacrity.

There are a few other whiteish egrets in our area – the Great White Egret is a much larger version of the Little Egret and occasionally visits the Clot, though never in any great numbers. There is also the Squacco Heron – a regular summer visitor which looks mostly a dirty light yellow colour when on the ground, but in flight it shows a lot of white on the wings.

Hope you all have a Very Merry Christmas, and I’ll see you next year! 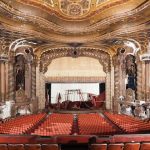