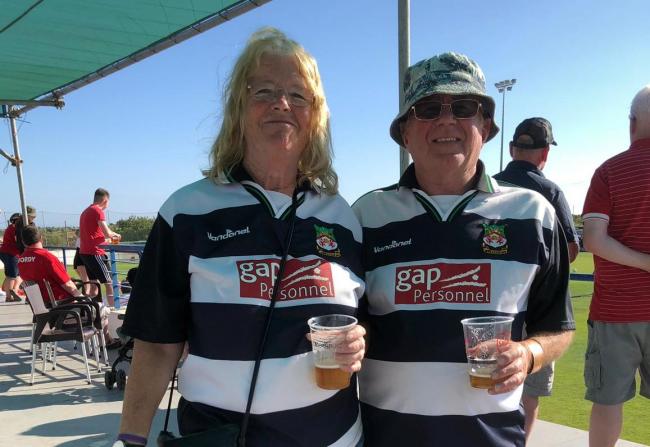 Couple make nearly 2,000km round trip by car to watch

WREXHAM fans have come from far and wide to be in Portugal, but not many endured a near 2,000km round trip by car to be at the club’s training camp.

Mike and Ruth Jones, from Buckley, have a property in Gran Alacant, Spain and spend half of the year living in their Gran Alacant residence.

With Wrexham on the Algarve during their current trip overseas, the pair drove hundreds of miles across the border to see their beloved Reds in action before making a hasty retreat.

“We have driven 900km from Alicante, stopping overnight on the way, to be here. “We are doing Sunday to Thursday, so we have made the long journey just for a few days here, but why not?

“We booked a one bedroom apartment in Vilamoura but we have got to go back tomorrow because my daughter is over at the moment and she is flying back to Manchester on Friday, so we are going to have to do the journey back in one hit – 900km.”

The Jones’ are no strangers to travelling long distances to see Wrexham in action. “We are both massive Wrexham fans,” they added.

“We used to go home and away to matches when we were working.

“They won in the cup and one of their fans said to me ‘I’d rather we beat you in the league’. And we went back and beat them in the league.

“We went down to Exeter City one Tuesday night and we lost 1-0. Exeter went down that season and everybody was hammering them but we lost, although Wrexham ended up winning promotion.

“We went to Bournemouth one time, got there and the game was called off!” 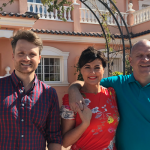 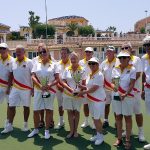