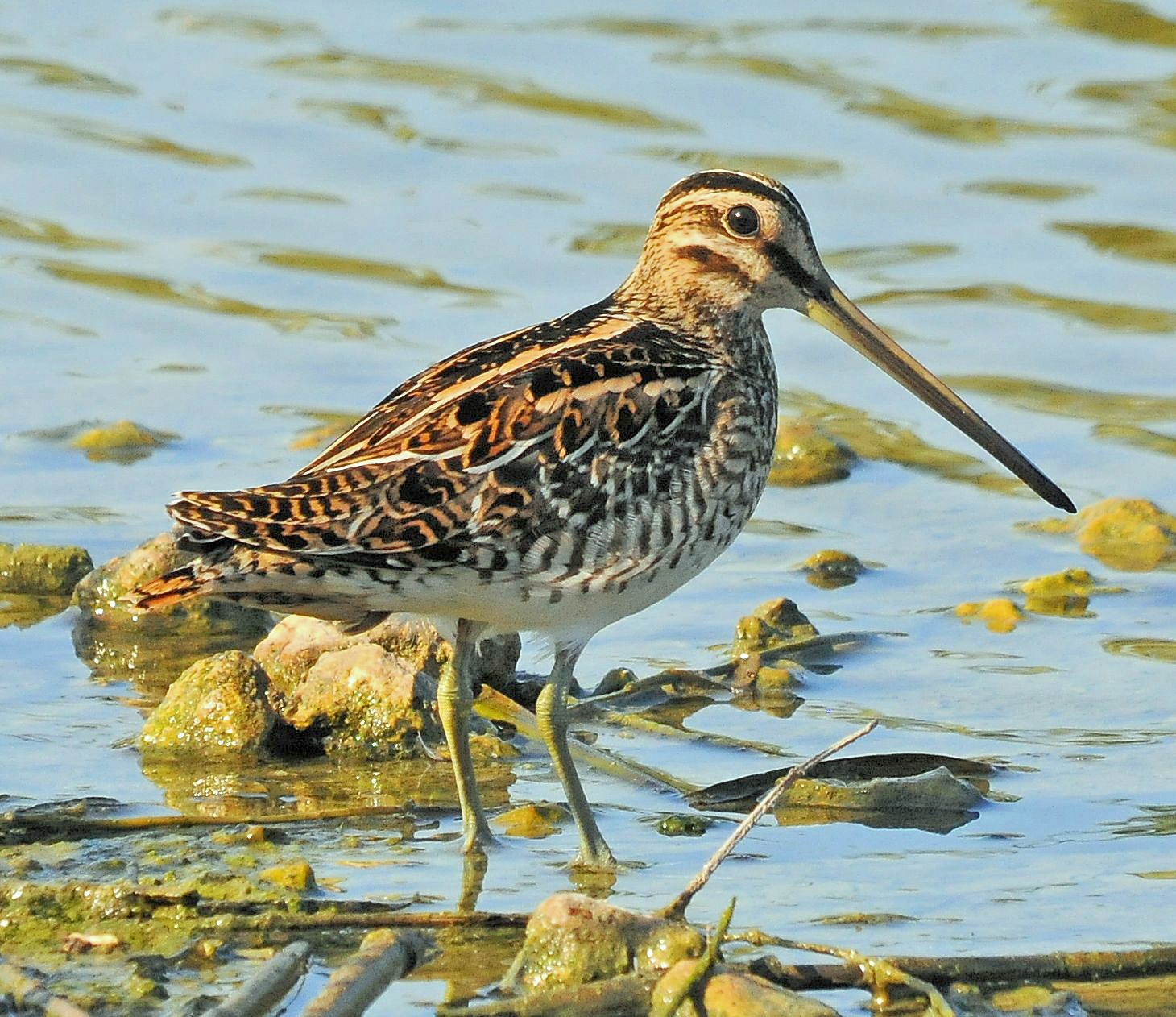 Have you ever considered why a rifle marksman is called a Sniper? That’s because the bird we are looking at this month is one of the most difficult to shoot with a gun, which is jolly good news for the Common Snipe and bullet manufacturers, but bad news for the budding shooter, and when he gives up the pastime in despair, even better news for wildlife in general.

The reason why it is so hard to hit is that when it is flushed, it flies off in a fast and unpredictable zig-zag flight, so you have to be very good indeed to get one. They are designated as game birds, but they are rather small and probably wouldn’t fill a decent bocadillo, so your average hunter will turn to the poor old bunnies, partridges and pheasants for his dinner, and hopefully leave the Snipe in peace.

There are usually a few Common Snipe loafing around at the pools in the Clot at this time of the year – these are often Northern European birds taking their winter holiday on the Costa Blanca. They are very distinctive as you can see from my photograph with that extremely long beak, and a good starting point for getting to grips with the difficult range of birds which comprise the waders. Once you know the Snipe, you can then judge other waders against them. Look for them in the shallower areas, they will be quietly feeding in amongst the flocks of duck, coots and moorhens, and being fairly unobtrusive about it. Occasionally one will whizz across your field of view from one of the hides, and you’ll quickly see why it is a very fleeting target for the shooter.

So, what’s with that Pinnochio beak? This is a bird which feeds on muddy areas, probing the depths for invertebrates, going at it like a demented sewing machine. Although the plumage is very striking with its brown and white stripes, it is one of those misleading ones designed so that when the bird is on its nest or at rest, it becomes almost invisible against the background.

Breeding male Snipe make the most peculiar noise during their display flight. They indulge in power dives, and while doing this extend a feather at each side of the tail. These feathers vibrate, leading to a noise which sounds vaguely like a goat bleating, but which is known in birding circles as “drumming” – once you’ve heard it, you’ll never forget it!

The Spanish name for the Snipe is Agachadiza Comun, but the Spanish word for a Sniper is Francotirador, so perhaps the Spanish aren’t that bothered about sniping the Snipe.

You can see more photographs of birds and other animals from our area by visiting  www.marketheridge.smugmug.com

See you next month! 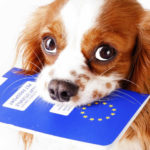 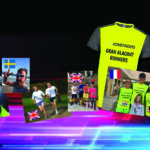