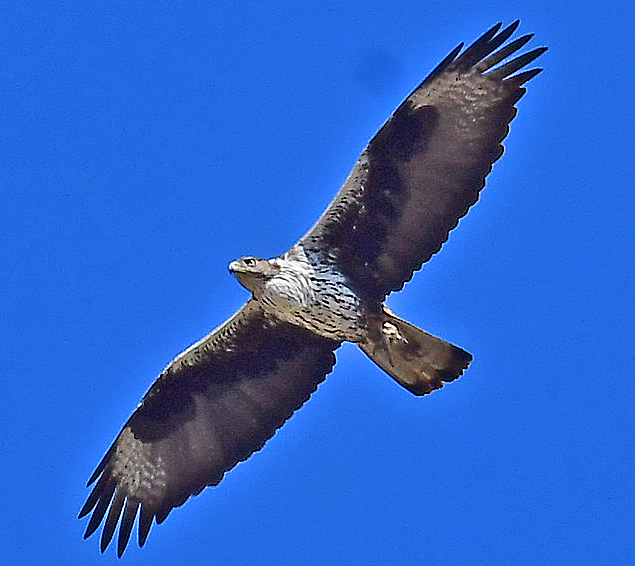 When I see those doughty chaps and chapesses throwing themselves off the cliffs at Santa Pola, I always ask myself, how do you DO that when all that’s keeping you from a sticky end is a few square metres of canvas? The answer of course is the effect of both thermals (hot air rising) and orographic wind (where moving air is deflected upwards by the presence of large land masses such as cliffs and mountains). The skill, of course, is that the hang glider pilots are highly experienced in finding these updrafts and using them to maintain altitude.

I’ve always thought that there is a fortune to be made if you could invent a flapping system for hang gliders, so that you could move onto the next thermal without worrying about the somewhat terminal effect of gravity while you were searching. You only have to look at things like eagles to see now effective this could be.

During the current hot weather, some respite may be found by exploring the mountains which encircle our area, and with a bit of luck you might encounter the subject of this month’s essay by meeting the scarce but regular Bonelli’s Eagle. There are several pairs in the area, most notably around the cliffs behind Crevillente, and also the spectacular road from Muxtamiel up towards Monnegre. The birds are resident in these areas, and can be seen all year round. Very occasionally they may stray down to lower areas, but the mountains are their preferred abode.

Why ‘Bonelli’s’? Franco Andrea Bonelli was an Italian wildlife expert who lived from 1784 to 1830, and ‘collected’ (i.e. shot) the first identifiable example of the species – it seems regrettable in modern times, but this was the only way to get a thorough description of a species without using today’s cameras and telescopes. He also gave his name to a small olive-green and white warbler which inhabits much the same sort of area as this eagle, i.e craggy mountains with plenty of forested areas.

In Spanish, the name is Águila Perdicera, which means Partridge (Perdix) Eagle, which gives you a clue about its prey. However, studies have shown that its preferred prey is the Rabbit, although Red-legged Partridges are also commonly taken, bringing them into conflict with game hunters. They also take a variety of larger birds such as gulls, crows and pigeons, so they are rarely short of prey opportunities.

Bonelli’s Eagles are early nesters in our area, starting to breed from as early as January onwards. By the high summer, the youngsters are fully fledged and beginning to hunt on their own. My picture shows the adult bird – you may come across browner versions of this bird which lead to ID problems as they can look similar to such species as Buzzards.

If you manage to catch sight of one of these birds soaring overhead, take some time to marvel at their abilities in the air. Like our paragliders, they can soar effortlessly on the updrafts, but with an easy flick of their wings, can change direction and plummet down to catch their prey, then swing back up to their aerial patrol with a minimum of fuss. The paragliders eventually lose altitude and have to land, but the Eagle can keep aloft for as long as it likes. 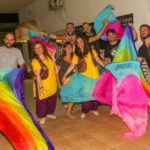 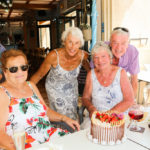