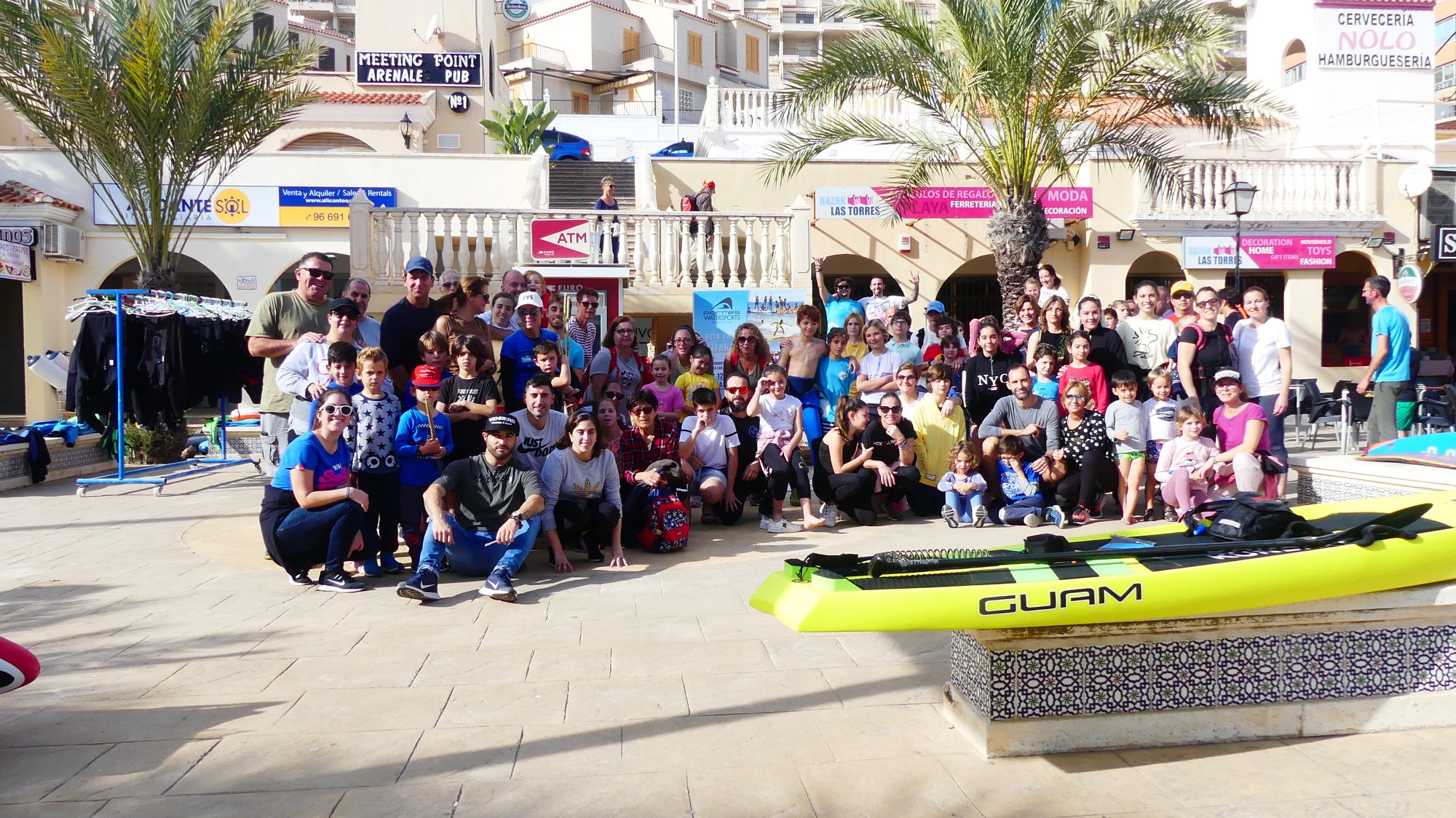 Hi my name is Star and I have been lucky enough to call Gran Alacant my home for over 11 years now. My 10 year old daughter Ashlee and I are often “Out & About” enjoying the local attractions and culture in this part of Spain. Over the next few months I will be sharing some of our experiences with you to encourage you to go “Out & About” yourselves and maybe learn a little bit about this beautiful place we call home.

On Sunday the 2nd of February at 10:00, Ashlee and I joined a large group of people who had gathered in Arenales del Sol to participate in a beach clean and water sports event “Jornada de Limpieza de Playa y Deporte” that was organised by Club Deportivo Parres. As well as helping to clean the beach they also allowed anyone interested the chance to participate in some activities for €5 as long as they had pre-registered. 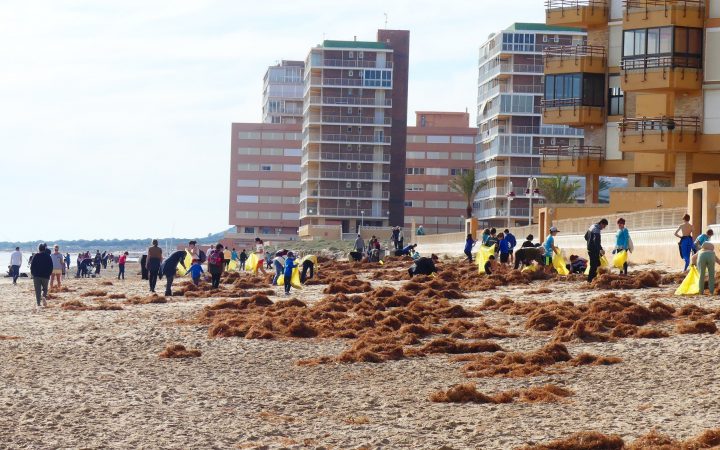 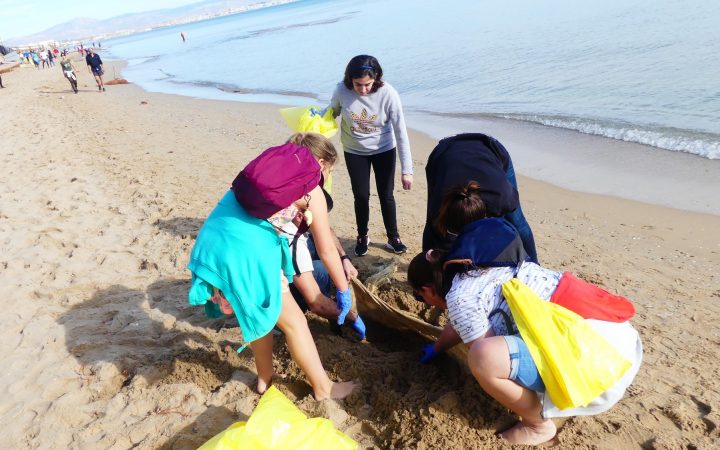 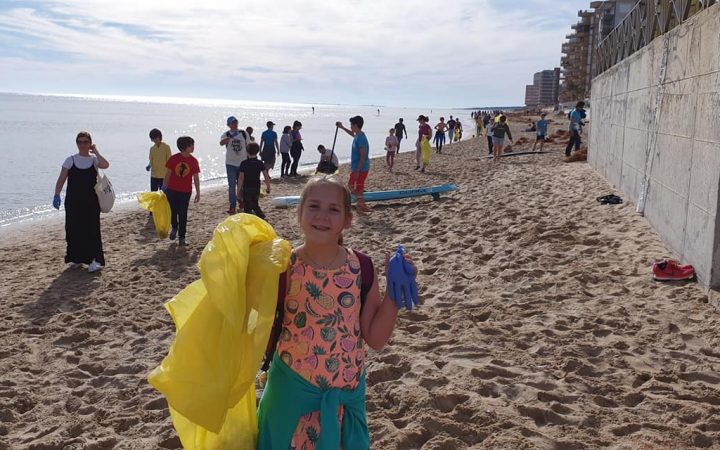 The event started with a speech about plastic waste and the amount of different things that can be found washed up on beaches and the damage it causes to marine life. We were told that immediately after Storm Gloria, which hit us hard in January, the local council had organised a clean up of the beach, however, more waste has continued to arrive. Everyone was given large bags and gloves and we were split into groups to head off along the beach and collect rubbish.

As we were walking along we made sure to thoroughly shake all of the piles of seaweed and were quite surprised at how many bits of plastic and polystyrene balls there were. We also helped dig out a large towel/beach blanket that looked as though it had been buried for a long time. It was quite shocking to see how much damage there was to the boardwalks, the retaining walls to some of the parking areas of the apartment blocks and the foot wash stations and their pipes.

After an hour and a half we all headed back to the main square in Arenales and piled up all of the rubbish that we had collected. It was surprising how much there was and everyone felt a great sense of achievement. Then the adults and children that wanted to participate in the water activities were given wetsuits and headed off to change. 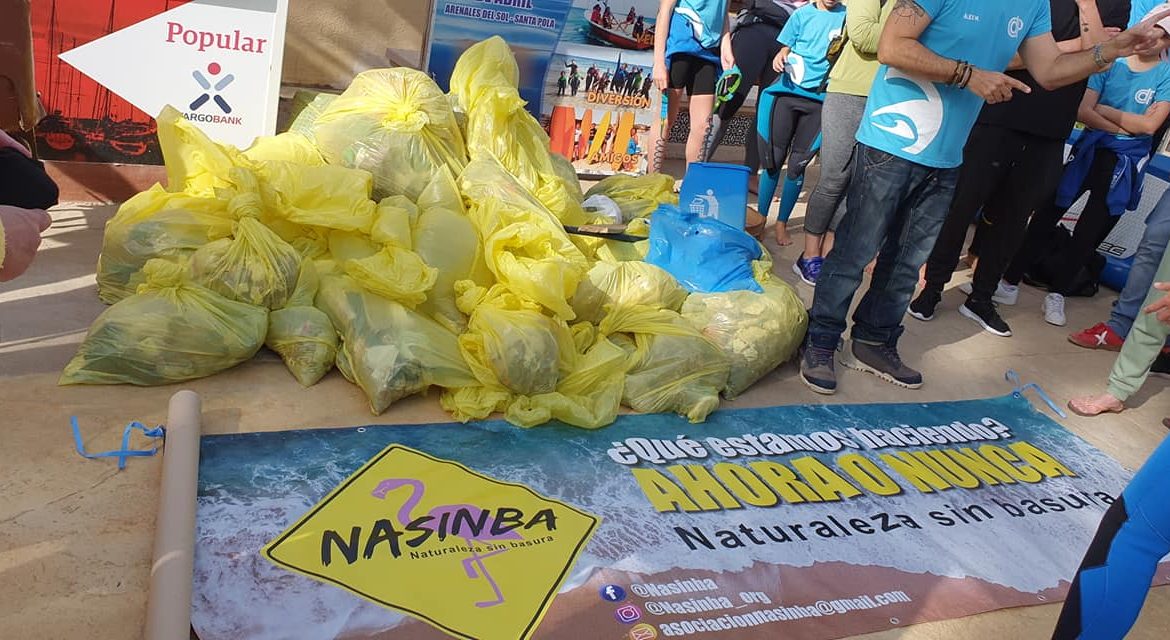 Ashlee was really excited and joined 2 other girls to carry a paddle board over to the beach. Once there the instructors found out which of the kids had previously tried paddle boarding and then let them go in groups into the sea. Initially they took it in turns kneeling and paddling on the board before they started to build up their confidence and were able to stand. 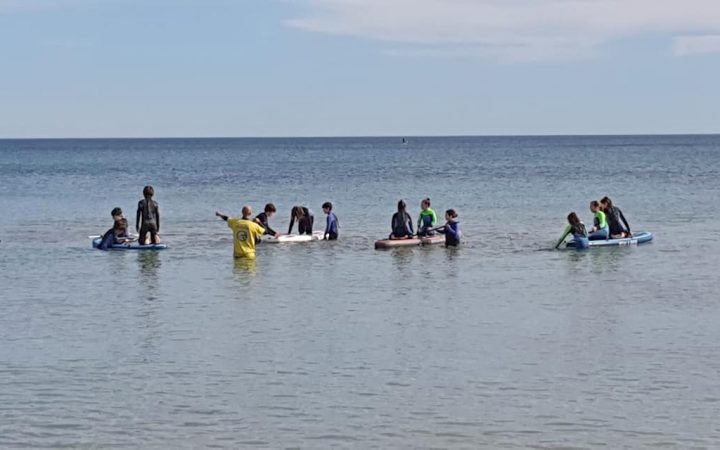 They then organised a relay race where each child had to paddle to their teammate, switch and keep going until all 3 had had a go. Next they put all the boards side by side and the kids took it in turns to run across them. Then they put them end to end and finally arranged them in a circle so that the kids could chase each other around. Finally they were able to paddle on their own, taking it in turns whilst their teammates swam beside them. After about an hour and a half everyone headed back to the shore, returned to the sports centre and changed back into their clothes. 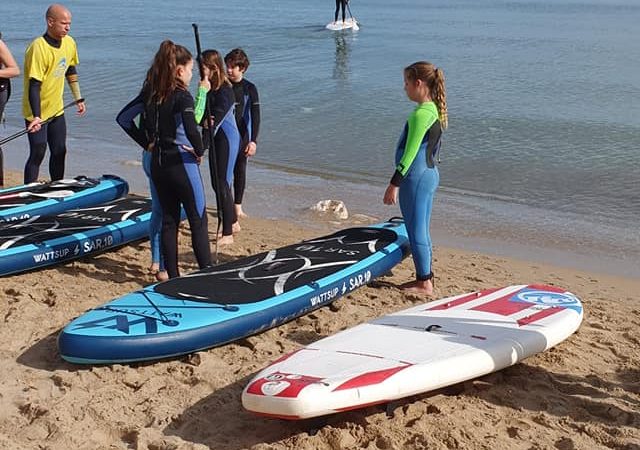 including Windsurfing, Surfing, Paddleboarding, Kayaking and Boating. There are many different options available including individual lessons, group activities, weekend clubs and Summer school. 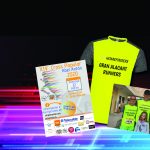 Gran Alacant Runners Previous
The Importance of A Good Facial Next 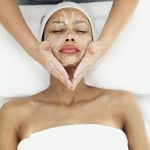