It’s time to bid a final farewell to all of you in Gran Alacant; friends, colleagues and readers of my monthly ‘Chatter’ column. A series of unfortunate events has conspired to end my time, in this part of Spain. I have lived on the Costa Blanca for a little over two years now and for
CONTINUE READING

In February last year I wrote about charity and the good work the people of Gran Alacant do, to help those friends and neighbours who need support, during difficult periods of their lives. I also highlighted the work of other local charities and foundations, who fundraise for causes who would otherwise be forgotten. Much work
CONTINUE READING

These days we have to be careful what we say and how we say it. In 2018, political correctness has infiltrated every corner and aspect of our life; everything I believed to be right was swept under the rug of time, never to see the light of day again. Someone decided that past generations were
CONTINUE READING

In my first ‘Chatter’ column, dated August 2016, I explored the issues surrounding Brexit, after the British public voted to leave the European Union. I discussed the implications for Expats like me, living abroad, as my country of birth began the process of withdrawal. My view today, is no different to it was then. Although
CONTINUE READING

Local painting and decorating contractor, Andy Stewardson has been doing his bit for charity. Accompanied by his colleague Paul Stokes, they have been working at S.A.T. Animal Rescue in Delores, (SAT Sociedad Protectora para Animales – Dolores) painting their office building for free, providing all the materials and labour, with no cost to this local
CONTINUE READING

Chatter British Monarchy Anyone who knows me well enough, understands just how much respect I have for the British Royal Family. Ever since I was a small child, I would sit, transfixed on the television, whenever the Queen came on. Of course I have never met Her Majesty, but this Lady meant something to me.
CONTINUE READING

Chatter Technology ‘What did we do before computers? There is more to life than spending hours, in front of a screen, reading about what this or that person had for dinner tonight; the preoccupation of many, introduced to the wonders of social media! There used to be, in the dim and distant past, but things
CONTINUE READING

Chatter Catalonia On 6th September 2017 the Catalan Government approved an independence referendum; a simple majority would be enough for the Spanish region to formally separate from Spain. The vote took place on 1 October 2017, in direct violation of Spanish law. Although declared unlawful, Catalonia sought support from its Municipalities, causing a constitutional crisis.
CONTINUE READING

Chatter Healthcare In this months column, I wanted to discuss healthcare in Spain, which is very different to the National Health Service, back in the UK. To be honest, I haven’t had much experience of either system, accept for the removal of an appendix when I was in my teens, many years ago; as well
CONTINUE READING

Chatter Things I miss about the UK I have been living in Spain for a year and a half now; longer than I thought possible. For me, it has been a difficult ride, experiencing many ups and downs. The problems I have endured, have often made me recall my past. The truth is, as much
CONTINUE READING

Chatter Housing On June 14th 2017, a fire broke out at the 24 story, Grenfell Tower in London. More shocking news from back home; heartbreaking images, tragic loss of life and the beginning of a scandal, highlighting corruption and cost cutting, at the expense of peoples lives. So far 80 people have been confirmed as
CONTINUE READING

Terrorism – An Attack On Democracy

Terrorism – An Attack On Democracy This was not the article, I was going to write this month, but once again, due to events back home in The UK, I have decided to dedicate my column to the lives of the 22 people, men, women and children, who lost their lives, in the Manchester suicide
CONTINUE READING

Chatter British General Election Just after Easter, on Tuesday April 18, Theresa May called a press conference, outside Downing Street. The Prime minister announced, she would ask The House of Commons, to approve her plan, to hold a General Election on June 8th. The last Government, had brought in legislation, to enshrine fixed term Parliaments,
CONTINUE READING

Chatter Politics & Religion I have always been told, there are two subjects you should never talk about; politics and religion. Despite this fact, there has been a lot of chatter about, just what is happening, politically, back in the United Kingdom and rightly so. Prime minister, Theresa May, finally invoked ‘Article 50’, needed to
CONTINUE READING

CHATTER – ADVICE Chatter Advice I have been resident in Spain, for just over a year now and have lived through all the seasons; experienced busy times, sat through the quiet and enjoyed the changing scene, that is Gran Alacant. I have come out the other side, still living in this little part, of the
CONTINUE READING

Winter Is winter finally at an end? Well, lets hope so! One of the reason’s any of us decide to move to foreign shores, has a lot to do with the weather. Coming from the United Kingdom, I have been used to the harshest of conditions as well as the best of summers, whilst living
CONTINUE READING

On Thursday I settled down to watch Bargain-Loving Brits In The Sun; a series on Channel 5, showing the adventures of various Expats, who have left Britain for a new life on The Costa Blanca. I am a fan of the show myself; in some respects I can see a lot of me in those,
CONTINUE READING

Charity I have always been a champion of charity, having a firm belief in the work they do. In Britain I volunteered myself and also worked for a large international charitable organisation, for about eight years. The time I spend here, working with good, dedicated people taught me much about the nature of those, who
CONTINUE READING

Crimewatch GA Coming from a large city on the south coast of England, with a large multicultural influence; notorious council estates on the periphery and a violent act committed every hour, throughout the city, I was unsure about what to expect, when I moved to Spain. Like most people, when they decide to move abroad,
CONTINUE READING

Very British Problems! Not everything is perfect in paradise, all the time, as a friend here in Gran Alacant reminded me the other day. I had popped out after work, to meet a couple of friends and bumped into one of the first people I ever met in GA. She had a few things on
CONTINUE READING 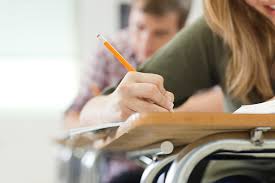 Education When considering what to write about in this months column, I was mindful of the closure of the summer season in Spain. As halcyon days, turn into the autumn fall, so to, the local children began their drift back to school. As someone who doesn’t have children, I wanted to speak to some Mothers
CONTINUE READING

Last month, I spoke briefly, about the community that makes up Gran Alacant. For me as a relative novice here, commonality is the most important aspect, of why I am staying! When moving abroad, in fact, when moving anywhere different, acceptance by those you intend to live in close proximity with, is important. I had
CONTINUE READING

It’s another hot day in Gran Alacant and I’ve taken the opportunity to enjoy the afternoon, sat in my favourite square, Sierra Mar. The first place I frequented, when I moved to GA, six months ago. It is testament to the good folk that live here, that I have settled in well, made great friends
CONTINUE READING

If you have a tablet or smartphone device with a smaller screen and want to read our magazine online then the best way to do this is to download the Issuu app - links below..