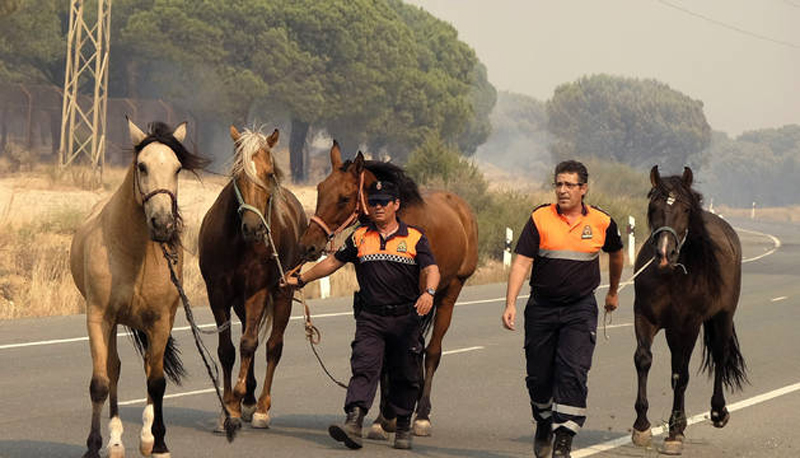 These last weeks there have been several tropical storms and hurricanes at USA and the Caribbean. We have been told, in advance, when and where it was expected to rain, and the way the wind was going to blow. In some places, local authorities recommended people to leave their homes in order to minimize the damage. Families who left their homes also took their pets with them. They searched for hotels which allowed pets, or maybe were temporally rehomed with relatives: anything but leaving their pets behind. These facts could be seen during recent storms and floods at USA and Japan. There also have been other families who stood with their pets till emergency services rescued them.

Today we noticed at the papers that people that escaped from the storms in Florida leaving their pets behind, could face even prison:

Abandoning a pet is a felony in Spain, too, and leaving your pet behind even in case of a natural disaster, may be considered as “cruelty to animals”.

Firemen are also trained for handling and rescuing large animals when they get trapped or fall into water:

When we know there is a risk of natural disaster, it’s our responsibility to take care of our pets as we do daily in normal conditions. If something happens, emergency services will help us and our pets.

What should we do in case of overcoming dangerous situation?

We must call the authorities: 062 (Guardia Civil); 092 (Local Police). If we dial 112, which is Spanish national emergencies co-ordination phone number, you will be redirected to the most appropriate emergency service the situation requires, for example, when there is a dog running free at the freeway, which implies a high risk of accident.

As anyone can understand, fake calls or “jokes” when calling the emergency services, are punished with fines that can reach hundreds of thousands of euros. The fact that not everybody knows is firemen services are not free, and the prices they charge you after the service is finished may vary depending on the geographic area. 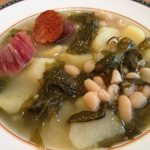 “Galician Broth “ Previous
We have a new published author in our midst!!!! Next 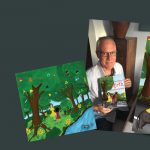