Spanish Lower House of Congress are working on a law which will start considering animals as not things but live beings. This means their physical and psychic welfare will be evaluated in those judicial resolutions involving divorces and embargoes.

So far, a companion animal can be embargoed, according to its estimated value, for paying a doubt of the owner. If the new law is finally implemented, judges will decide which is best for the animal, and embargo won’t be applicable. In case of divorce, the judge will have the last word, no matter who is the owner, and will establish a visiting arrangement or shared custody in order to avoid any emotional damage to the pet.

Spanish Government animal welfare authorities may expand this protection to farm animals, in order to stop considering them as things in case, for example, of a mortgage execution in a livestock company.

Other European countries have similar animal protection laws, so, little by little, the fact that animal welfare is also good for the human animal is spreading.

Another fact which they are working about is a new regulation in some aspects such as creating (at last!) a national microchip database. Nowadays every Comunidad Autónoma has its own microchip database (Catalonia has TWO) and they don’t share the data. This implies, for example, the chances of finding the owner of a dog which has got lost out of the Comunidad Autómoma where it lives, are dramatically lower since local Vets have access just to local microchip database, so if we want to contact the owner in a case like that, that’s a Sherlock Holmes-like task, involving lots of phone calls to local Vet Colleges and other authorities (which normally don’t work in the evenings and weekends). Another important implication is a dog that’s moving to another Comunidad Autónoma must have its microchip re-registered (and pay for it).

This new regulation may also include a quite interesting fact: the end of the concept “potentially dangerous dog breeds”. Every individual, no matter which breed we are talking about, will be evaluated, and according to the results, the Vet will decide if the individual must be considered a dangerous dog or not. So far, we don’t know what the evaluation procedure will consist of.

They started to develop these new regulations several times, but unfortunately the development was stopped two times due to political instability. Third time lucky?

An animal experimentation lab in Madrid is been closed due to bad praxis with animals, mostly rabbits, apes and Beagle dogs. When animal experimentation is necessary (the medicines we use in our patients must be proved first in other dogs and cats, not to mention things like NCoV-19 vaccines), animal testing must be performed providing the maximum respect to the animals, and unnecessary physical and psychic suffering must be avoided.  In case of non-necessary things such as cosmetics, there are available at the market lots of them which haven’t been animal tested.

Due to the sad images the authorities found in this lab, it’s going to become mandatory installing videocams in animal experimentation labs (same as they did some time ago in slaughterhouses).

We think this is good news, and we hope the new regulations get finally approved. 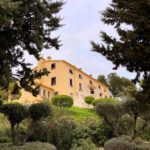 A Valley of Moros y Cristianos Previous
GA the perfect place to LIVE and WORK remotely - Part... Next 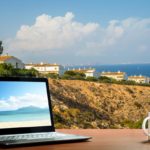