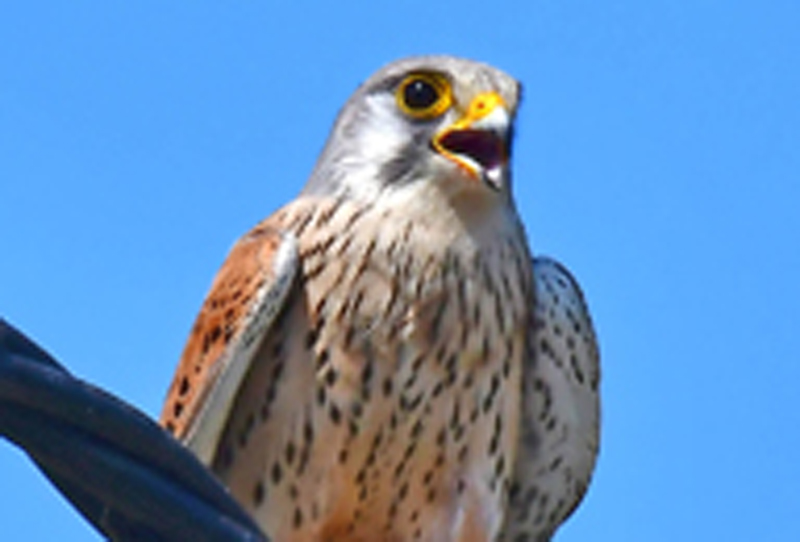 You are probably feeling very sorry for the poor little sparrow in my photo this month – cut down in the prime of its life by a vicious predator. Wouldn’t it be nicer if everything just got along, live and let live? Why does nature have to be so cruel, where’s the sense in everything eating everything else?

Well, as you sit by the pool, munching on your chorizo or (heaven forbid) your burger in a bun, swatting the occasional fly aside, if this didn’t happen you wouldn’t be eating meat, and you would be swamped by a billion insects which haven’t been eaten by other birds and animals. You may or may not like the sparrows, but if the Kestrel didn’t catch some of them, you’d be knee deep in chirruping birds trying to steal your sandwich. This is what we mean when we talk about the balance of nature.

The Common Kestrel (Cernicalo vulgar in Spanish) is the most common avian raptor in our area, and may be seen occasionally around our urbanisations, particularly at this time of the year when young birds are roaming far and wide trying to establish new territories, and finding the local sparrows an easy source of food. Of course, other birds are not their main source of prey, it is estimated that they only comprise about 30% of the Kestrel’s diet. 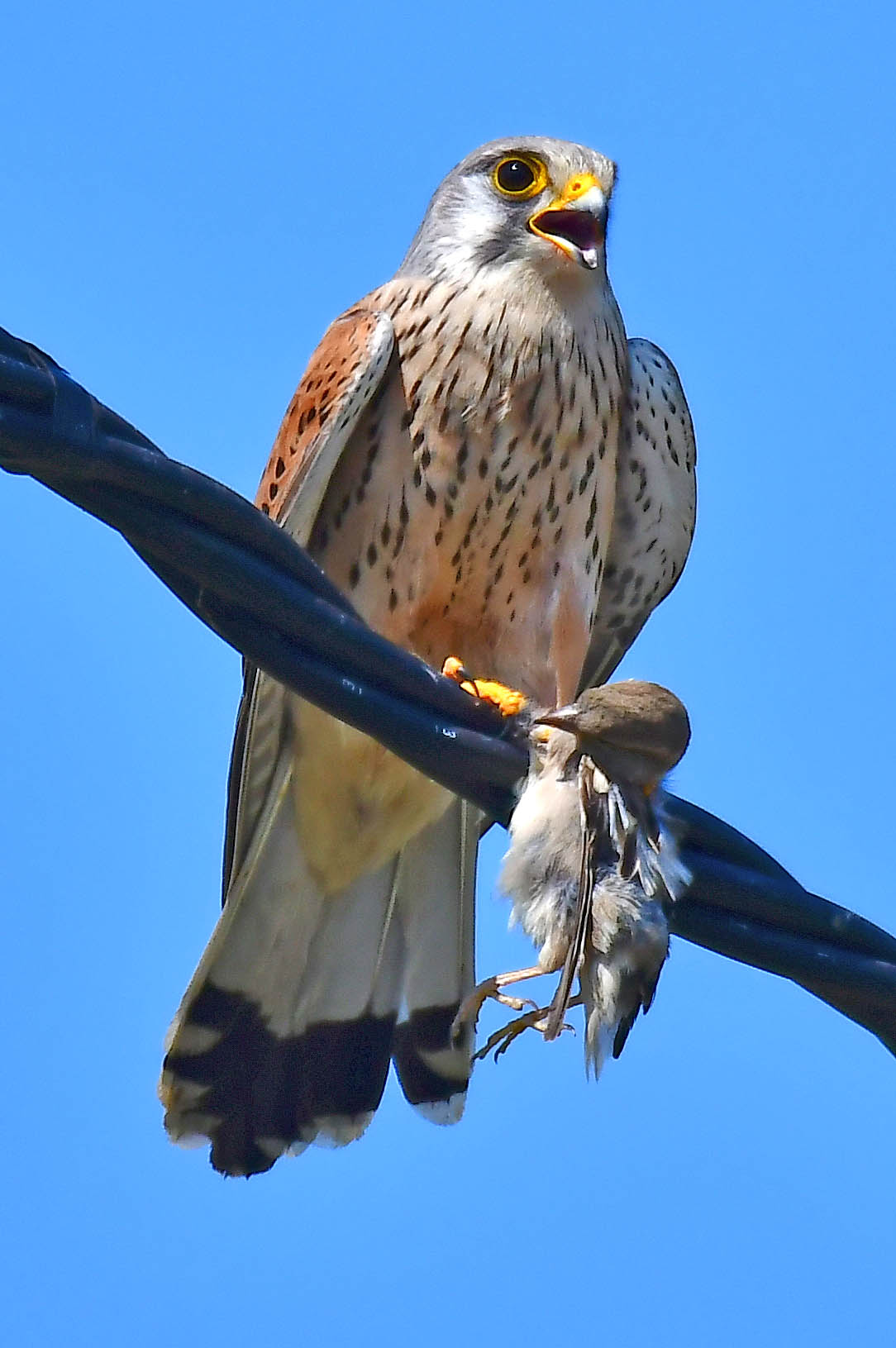 Kestrels have several weapons at their disposal – their sharp talons and beak, superb eyesight, rapid flight – but above all their most characteristic ability is that of being able to hover in the sky for long periods while they search the ground below for signs of their favourite food, small rodents and other animals such as lizards and large insects. Even if you haven’t seen a Kestrel here yet, you will almost certainly have seen them as you drive along motorways back in the UK, where the grass verges are full of potential prey.

You may occasionally catch sight of one in the Clot, but you are more likely to see them when you are out and about in the countryside, particularly around farmed areas. The undergrowth in the Clot is perhaps a little too dense for their liking; they prefer land with shorter growth where they have a better chance of spotting something moving beneath them.

There is a very similar bird in Spain called the Lesser Kestrel, which tends to occur in more inland areas and is rather difficult (even for some experts) to separate from the Common variety, but it is safe to say that any Kestrel seen in our locality is probably the Common version.

You can see more photographs of wildlife our area by visiting www.marketheridge.smugmug.com 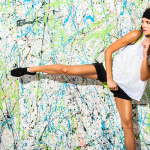